Thursday, December 1 – Dr. Bob Harmison, Director of Sport Psychology at JMU will speak on the topic of mental health in collegiate athletes.
February 21 – Kevin Warner, Assistant AD for Communications and Geoff Polglase, Deputy Director of Athletics will give a behind-the-scenes look at the implications of changing conferences.

Join us for our next meeting with a new edition of Who Am I, and our 50-50 Raffle will be back with a great cash prize.

The SVAC brings people together from throughout the Shenandoah Valley who share a common interest in scholastic, intercollegiate, and professional sports. Dinner meetings are held each month with the date varying depending on the availability of the guest speaker for the month. 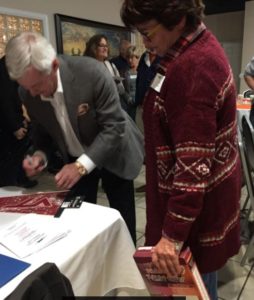 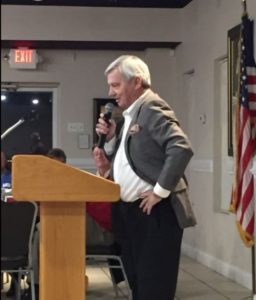 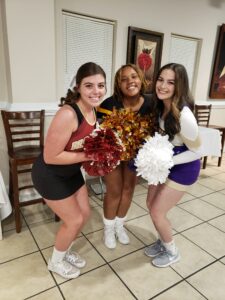 THE SHENANDOAH VALLEY ATHLETIC CLUB  HONOR ROLL
The Shenandoah Valley Athletic Club recognizes the lifetime athletic achievements of its members by inductions to the SVAC Honor Roll.  We have honored 30 members onto the Honor Roll since the Club’s inception in 2002, paying tribute to our local sports heroes. 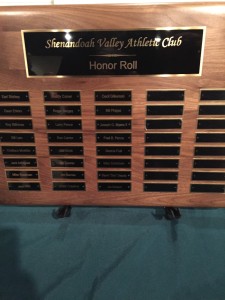 While there is no restriction,
the membership will generally
induct two members annually.

Nominations will be reviewed by the
Executive Committee for a final decision. 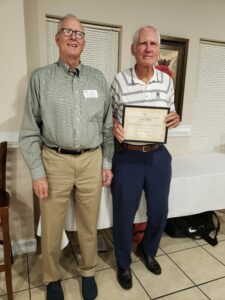 Jim Ellis (right) inducted into the SVAC Honor Roll at the October meeting by another BC Hall of Fame member, Jim Upperman 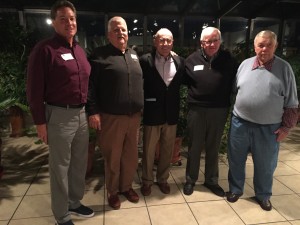